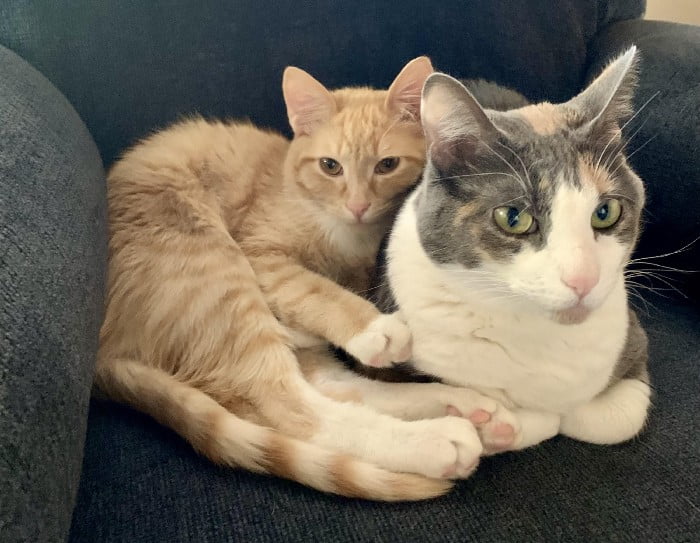 Rescuing a cat isn’t always glamorous, but it’s so, so worth it.

I’ve had three cats in my life so far. One, Mitsy, was a little tuxedo kitten who showed up in the under-construction suburb of Nashville my family lived in while I was growing up. She was an amazing cat who lived with our family, and then me, for sixteen years before passing away last year.

The second cat, Cinders, is the first cat I adopted on my own after moving out of my parents’ house. She comes from the streets of Pueblo, Colorado, where a friend of one of my mom’s coworkers works with the Humane Society to do TNR (trap, neuter, release) on feral cats in the area. Cinders, a grey calico girl, is three years old now and has also been an amazing feline companion.

My third cat, Copper (who is sitting on my desk as I write this, trying his best to take all the paper out of my printer with his claws), was rescued last year in New Mexico and brought to a local animal rescue that saves animals from high-kill shelters where they often wouldn’t stand a chance of making it out alive. Copper is an orange tabby cat, and, while definitely amazing, is the most spirited of any cat I’ve ever encountered.

These three have taught me a lot about what it means to rescue a cat. All cats have different personalities, often formed from their backgrounds, different needs, and different challenges. Adopting a cat isn’t always glamorous, that’s for sure, but my rescue cats have all increased my patience and understanding of animals and how to care for sometimes fragile creatures. Here are four things that I didn’t expect when adopting my cats, and things that you can be better prepared for if you’re looking to add a feline friend to your life:

1. Cats all have different personalities

And you have to learn to love each cat’s idiosyncrasies, not change them. Mitsy was a quiet girl who didn’t want to be handled too much when she was younger, but in the last few years of her life, you could find her sitting on my lap nine times out of ten. Cinders has been more personable since day one, but she likes to be pet and held on her terms — if I try to so much as scratch her ears when she’s not in the mood, she’ll run for cover. And Copper is altogether the friendliest cat of them all, but he despises scratches above his tail or on his back.

None of my cats have been remotely the same through the years, and I’ve had to learn to be okay with that. When Mitsy was younger, I didn’t force her into snuggles (although I can’t say I was always the best about that when I was a child.) I pet Cinders when she’s up for it, and simply sit next to her when she’s not. And I try to remember to avoid scratching Copper’s tail, though I’m still learning in this category since that’s a new one for me.

2. Some cats need a lot of help to adjust

This can mean a lot of different things, and probably varies by cat. I don’t remember too much about Mitsy’s adjustment period since I was so young when she stumbled into my life, but Cinders and Copper both had different adjustment periods when they finally came home with me.

Cinders hid from me every time I attempted to come near her when I first brought her home. It took a few days for her to feel comfortable enough to emerge from behind the clothes hanging in my built-in closet. I had to give her space and time in order to gain her trust.

And Copper. Oh boy, Copper was very social and eager to explore — much sooner than I (or Cinders) was expecting.

3. Sometimes a cat needs you more than you need them

This was the most unexpected thing for me when I brought Copper home. He was, in a way, meant to be a soothing ointment for my grief over losing my childhood cat, Mitsy; but I think he needed me more than I needed him.

When I got Copper, he weighed 1.2 pounds and was sick. I didn’t know if at the time, but he had an upset stomach and wasn’t getting nutrients from his food. It took several rounds of antibiotics to get his fragile body at a normal weight for his age, and there were several times he had me waking up in the middle of the night to check on him.

The worry was definitely a distraction from my grief, but it was unexpected, and if I was a more inexperienced cat owner, I’m not sure Copper would have made it. That’s a little scary to think about, but it makes me even more grateful to have Copper in my life!

Your house will become (and needs to become) a cat haven

In some ways, there’s more evidence of my cats living here than of me living here. Not only did I want to make my space a spot the cats would appreciate, but it was also necessary. They need a home where their instincts are catered to, and that means I have at least one scratching post in every room. It also means that there are toy mice and pom-poms everywhere, as well as cat beds on the floor and blankets on the bed that are just for them.

I didn’t grow up with this many cat things littered throughout the house, but I’ve realized since rescuing my cats that it’s necessary. I’ve chosen to adopt these feline friends into my life, and they aren’t going anywhere anytime soon. So they’ve taken over the house (at least a little bit.)

Adopting my cats has been the best thing that I’ve ever done, but that doesn’t mean they came into my life with ease. There were some unexpected hiccups along the journey to becoming a cat mom, but it was worth it. Cats can be some of the best companions in life if you’re prepared for the changes they will bring into it. The benefit of their company undoubtedly out ways the unexpected obstacles that come with adopting a cat.

How to Write a Logline for Your Novel 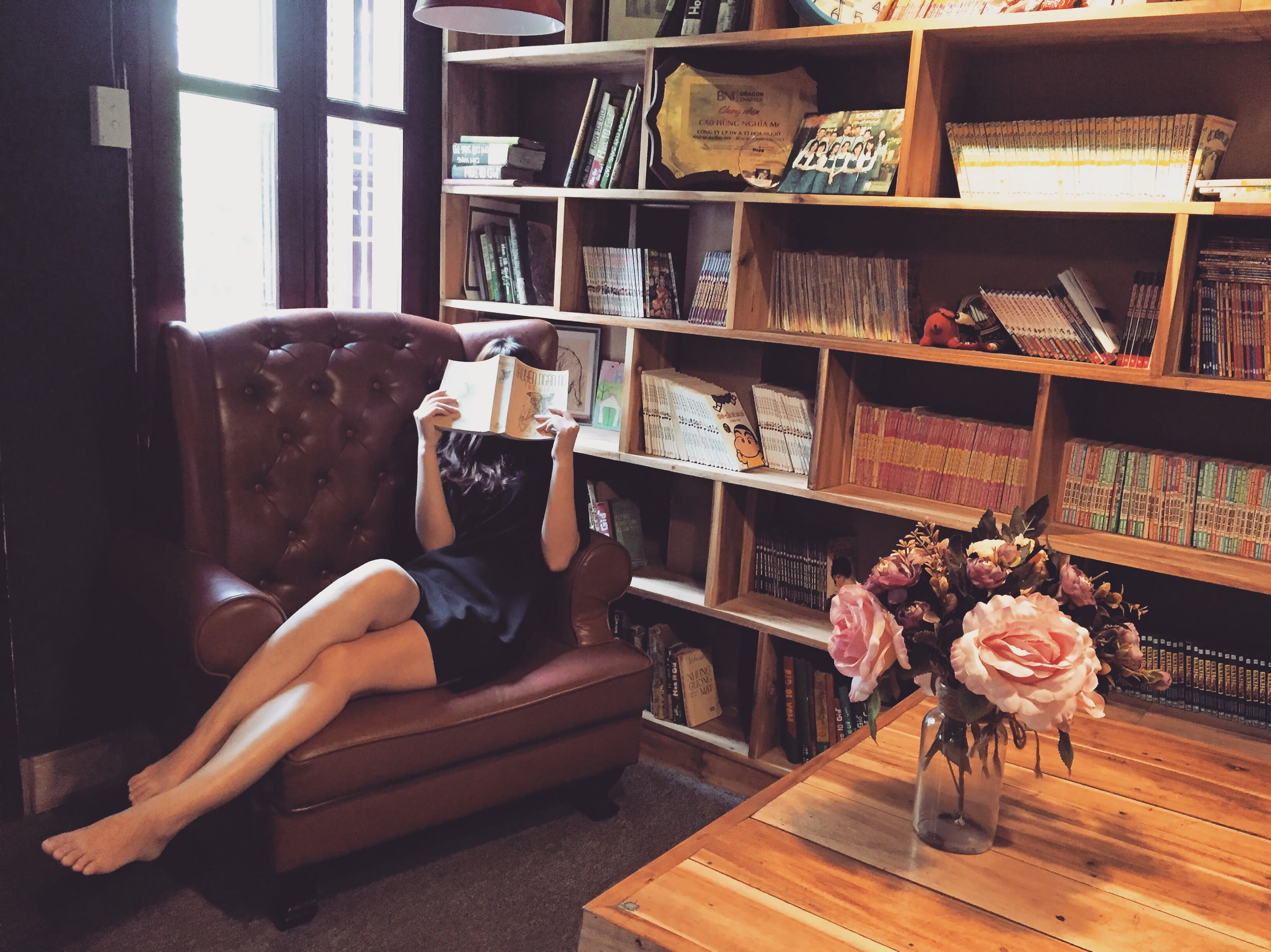 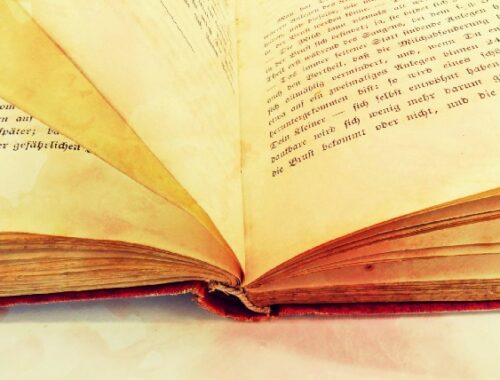 How to Utilize Paragraph Structure in Your Writing 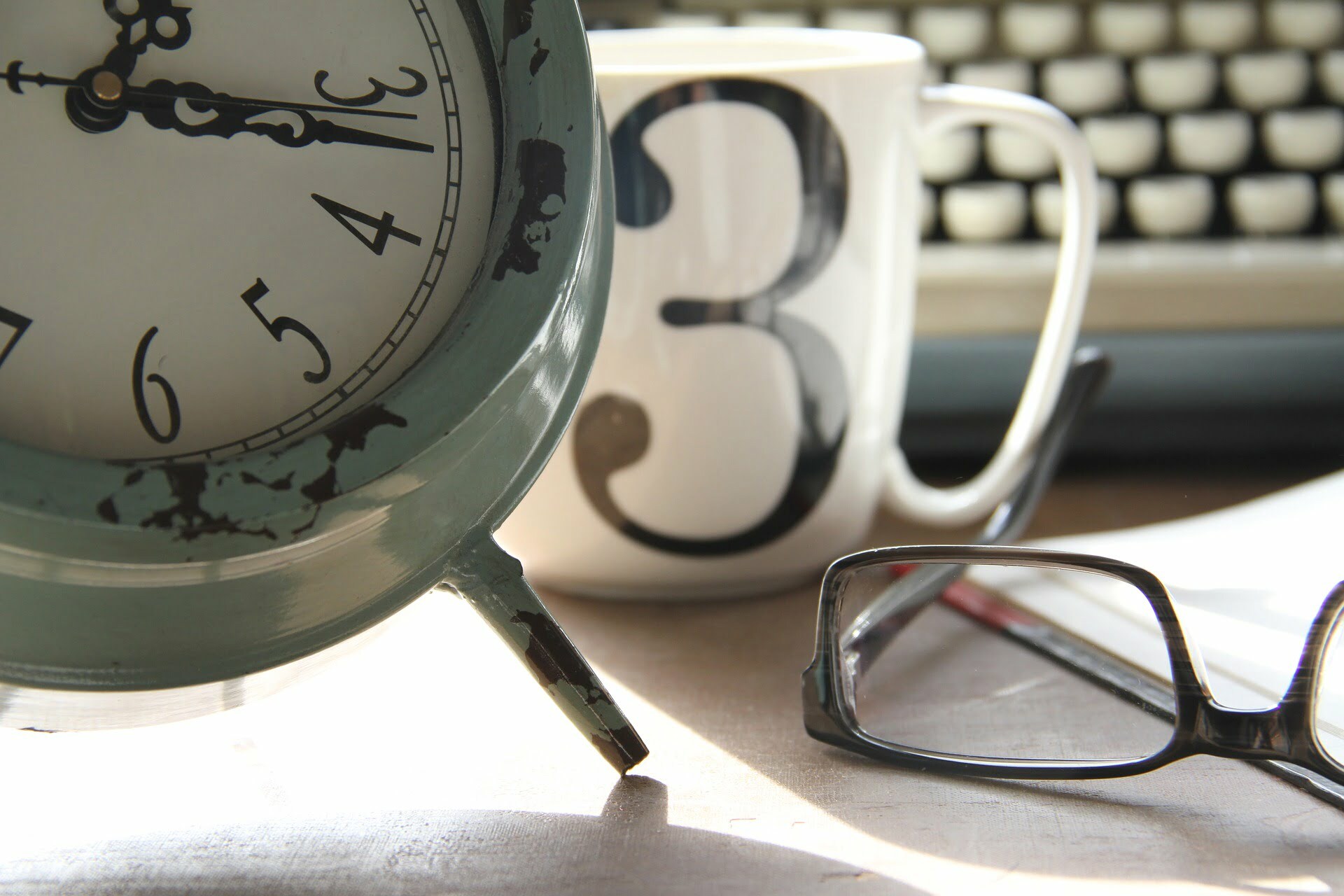