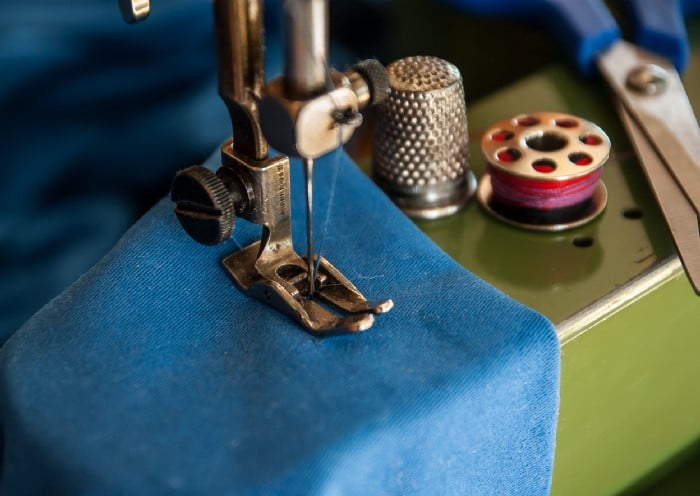 Sometimes you can learn just as much from returning to your old ways as by trying something new.

When I was in middle school, I started babysitting for one of our family’s next-door neighbors after school. Each weekday when I got off the bus, I’d head two houses up from home, and be there for the rest of the afternoon to supervise homework and help make after-school snacks. It was a pretty sweet gig for a fourteen-year-old, and I did it for an entire school year, plus some additional weekend or weeknight hours. I wasn’t paid much, but for a middle schooler, it was a lot — before I knew it I had several hundred dollars saved up that I didn’t quite know what to do with.

In middle school, I also watched Project Runway religiously. I loved watching Tim Gunn and Heidi Klum help aspiring designers bring their creations to life. As a fashion-obsessed teenager (didn’t exactly grow out of that one — I should probably apologize to my bank account) it was the perfect reality show to watch. It gave me inspiration and spurred on my creative side.

Once I had accumulated a few hundred dollars, I got it into my head that I wanted to buy a sewing machine. I thought that if I purchased my own Brother sewing machine I would one day be skilled enough at making clothing that maybe I could make it onto Project Runway. A girl can dream, right?

So I scoured the internet looking for the best deal, and lo and behold: Walmart had a special Project Runway edition machine. And it was a Brother, no less. It was perfect. I dragged my mom into town to purchase the machine and handed over several hundred dollars of my hard-earned cash. I was going to be a fashion designer!

I figured out how to use the machine pretty quickly. I set it up on my desk in my bedroom and bought too many yards of several different types of fabric (none of them suitable for the projects I was going to try out) and sewed away. I did a pretty decent job — I came away with two skirts for me, another one for my sister, and several small accessory bags, one of which I still have and use today. And fabric scraps. Lots of fabric scraps, some of which I also still have, but are really of no use (I’m not exactly sure why I still have them.)

I succeeded at learning how to sew. No, I wasn’t to the level necessary to audition for Project Runway, but I wasn’t half bad. But then I decided to try a more complicated pattern, and let the fabric sit there, pinned to the pattern, for days. It was confusing, and I wasn’t sure where to go next. I debated trying to enroll in sewing classes but never did. And before I knew it, my family was packing up and moving across the country, and my sewing machine would stay in its box for a decade. I didn’t mean to, but I’d given up on a hobby that I had loved.

Well, when 2021 came upon us and everyone was making new goals for themselves, I came up with a goal, too: I wanted to get back into sewing again. I had a nice machine, a lot more patience than my fourteen-year-old self, and the determination to make a skirt I’d been wanting for a while but could never find for cheaper than $75. I decided to dive into an old hobby that I’d given up on years before, and here’s what happened (and what I learned in the process.)

I know I said that I have a lot more patience now than I did at fourteen, but that doesn’t mean I’ve become the most patient person in the world in the past decade. It’s hard to be patient driving in traffic, let alone with yourself when you’re trying something new (or something old that might as well be brand new.)

I had to be so patient with myself. I somehow got it into my head that it would only take a few hours to sew a skirt that was definitely more complicated than what I had sewn in the past, and I was so incredibly wrong. Creating something takes time, and that’s a lesson I learned while sewing that can definitely apply to many areas of life.

I love YouTube. I don’t remember watching a single video tutorial back when I was trying to sew the first time. There’s just something about watching another person (a person who is decidedly more skilled) sew an elastic waistband.

There’s one video, in particular, that I watched four or five times to make sure I was using the right stitch and placing the needle just so. If you’re looking into sewing, or at starting (or re-starting) a hobby, YouTube is your friend! There are endless creators out there who have created videos showing just the thing that you need a little help remembering.

Skills that you’ve lost may be closer at hand than you think.

I was eternally grateful to my younger self for having the wherewithal to save the manuals for my sewing machine. It made my life a whole lot easier being able to pull them out when I was setting up my machine.

The most surprising thing to me, though, was that I actually remembered most of what I was doing. I was able to thread the machine and sew a test seam without needing much help from the manual after all. Apparently, sewing is just like riding a bike, and I’ll bet that you’ll find your old hobbies come back to you just as easily if you only try once more.

Creating something with your own two hands has no equal.

There’s just something magical about creating something with your own two hands. Sewing a piece of clothing out of bolts of uninteresting fabric is amazing because it results in a physical object. I’m constantly writing and creating with words, but it’s so different creating something that you can hold when all is said and done.

For you, that might not be sewing. Maybe it’s woodworking, crocheting, or pottery, but the feeling is the same. Creating a physical object out of scraps of material or a hunk of earthy clay is just…magical.

There’s a lot to be said for a hobby that doesn’t revolve around a screen.

These days we are inundated with screens. Especially in the pandemic times, we are living in, it seems that the only options of things to do safely revolve around a screen. I’ve seen so many memes and TikToks lately that espouse the irony of rewarding yourself for staring at a medium-sized screen all day by staring at a larger screen while scrolling through your smallest screen every evening.

It’s a little absurd, so break that cycle. Learn a hobby that involves moving your body, or just your fingers, but that still challenges your mind. Sometimes I don’t want to stare at a white screen for a moment more, and sewing has been an amazing task to bring my eyes elsewhere, staring at seams and fabric patterns, and focusing enough to thread an impossibly tiny needle.

Old hobbies can become new and exciting again if you’re willing to try.

I’ve always heard people mention dreams that they had when they were younger that never came to fruition. Or hobbies that they used to love but just can’t find the time for anymore.

Well, if that’s you, take this as your sign to try again. So what if you’re in your thirties and have decided to create an entire Lego town? Who cares if you’re fifty-three and decide to take up tap dancing again? The only person who really matters is you, and age is just a number.

You’re never too old to try doing something that you love, especially if it’s something you’ve tried and loved before. It’s a lot easier and a lot more rewarding than you’d think. So get out there and hobby away. Now is as good a time as any.

Previously published in The Ascent 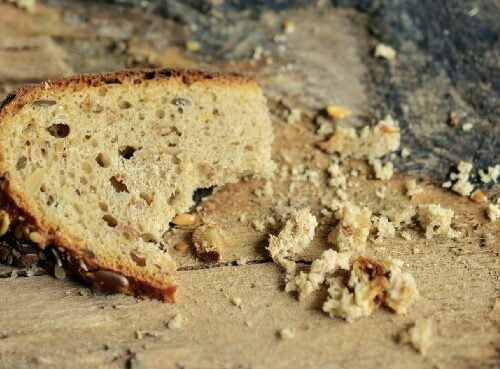 How to Leave Breadcrumbs in Your Story 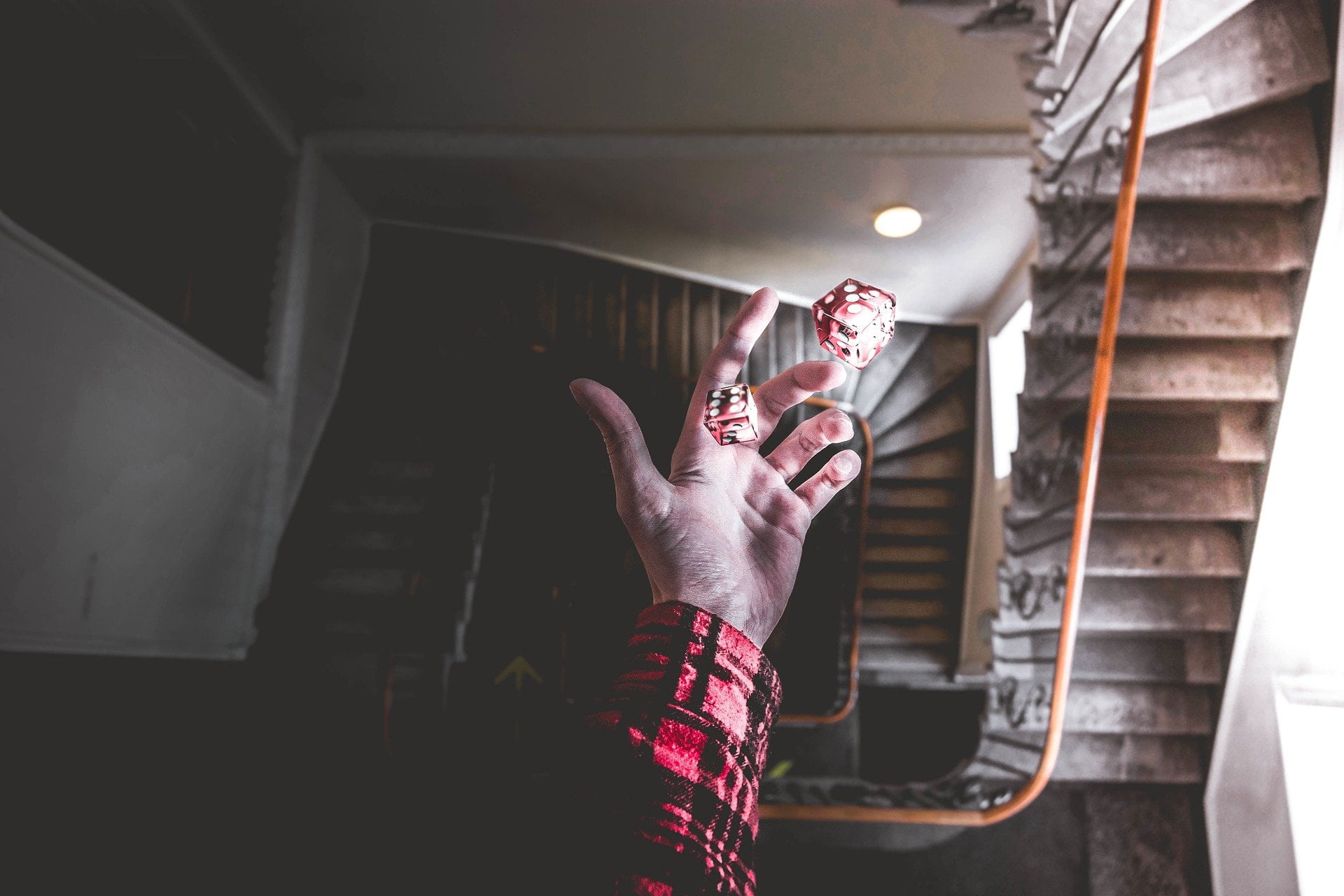 Risking it All in My Writing